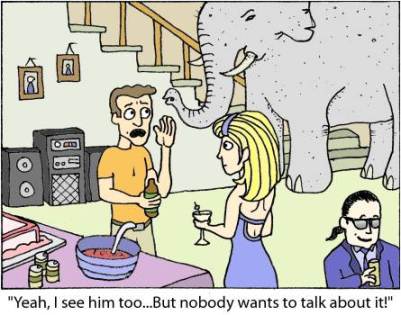 This is part of a series: Testing Evolution

I wrote a simulator to test evolution, so I could see who was right: my parents, or most scientists. My parents turned out to be right. Not only is evolution totally incapable of going from molecules to Man, but the very process that most scientists think causes evolution mostly causes devolution. Given enough time and chance, we will devolve to extinction. Even the research of evolutionists shows very clearly that this is true.

How can this be? Are my parents smarter than the many great scientists who believe in evolution? Am I smarter, or do I have some hidden knowledge that they don’t? No. My parents aren’t stupid, but they’re not geniuses either. And the things they know are far from secret – they’re published in the beginning of the best-selling book of all time.

While most scientists believe what their professors taught them about evolution, my parents believe the Bible. The Bible says that God created the universe and life in 6 days, and then it was finished. The Bible also says that all creation is “in bondage to corruption“. It makes no exception for life.

The Bible says that those who willfully refuse to acknowledge and honor the Living God – their maker – will, while “claiming to be wise”, become fools. It even says that at least in some cases, God supernaturally enhances this human tendency, by sending on such people a “strong delusion” as punishment.

And this is exactly what happens in real life.

What have I learned?

3 thoughts on “Testing Evolution – What My Results Mean”

What do you think? Cancel reply

This site uses Akismet to reduce spam. Learn how your comment data is processed.